What Is a Project Baseline and How to Manage It? 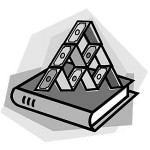 In project management, the term “baseline” refers to a static representation or a snapshot of the constraints of Scope, Time and Cost (or other KPIs)  at a given point in the project life cycle.

Project baselines are often used as milestone status reporting benchmarks against which you can measure performance as your project progresses and to analyze risks and changes. Stakeholders ‘use project baselines to see how well the planned work is being performed and determine which critical activities as behind schedule.

In this article, I’m going to describe what project baseline means and how to manage it.

Generally speaking, project planning is about juggling around the triple constraints of Scope, Time and Cost to develop a project plan that defines a “feasible and preferable path” to success. Usually, the project plan is created upon approval of the Project Charter which states the initial requirements for the project to meet the expectations of stakeholders.

The project plan is based on such documents as Scope Statement (including Work Breakdown Structure WBS), Schedule and Budget. These three documents cover the three constraints accordingly – scope, time and cost – and, thus they determine the baseline parameters of the project. These baselines are used in measuring performance against all changes or deviations which should be analyzed, approved/rejected and documented.

What Is a Project Baseline?

Project Baseline is a starting point that defines from where to begin the project, how to evaluate obtained results each status reporting period, and how to compare the project against initial expectations. It is the fundamental aspect of the planning and assessment process to design a project plan and point out which changes can be approved or rejected throughout the implementation life cycle.

Simply said, the baseline of a project is a performance metric for comparison that enables all stakeholders to have a shared and consistent set of data against which to evaluate the work done as the project progresses.

Every project has a unique set of goals relating to the triple constraints, so baselines vary from project to project. In order to effectively manage your project, you as the project manager need to clearly define the baselines and understand how deviations to the constraints impact the work and then develop strategies for responding to baseline changes.

Last year I was involved in managing one project dedicated to updating a legacy business management system to a newer version in our company. The current version was outdated and no longer supported by the developer. By doing the update we wanted to gain new features of the just released version (particularly, SQL server support and Active Directory authentication), so that the users would benefit from improved automation processes while the IT staff would benefit from fewer deployment and maintenance issues.

My team (4 people) was assigned to this project. Upon approval of the project charter, we developed the Scope Statement, WBS, Schedule and Budget. So the three constraints (the baselines) were defined and stated. As a project manager, I developed the PM plan and got it approved by the sponsor.

Ideally, we would follow the project management plan from the very beginning till the end. But in fact the reality was not aligned with the plan, so there were deviations that should be approved or rejected. The point was, the new update put in greater hardware requirements, so we had to upgrade or replace our company servers. This situation caused changes to the scope baseline.

We added addition of tasks to the WBS, which pushed out the completion date and increased increase the funding required for project completion. As a result, as the scope baseline was changed, the time baseline and the cost baseline were changed as well.

In order to ensure that changes to the baseline parameters are properly considered, we established a formal change control process. Such a process consisted of 3 typical steps – Identify, Evaluate and Respond To changes.

Besides the change control process, I should take of project quality which is one more key constraint along with scope, time and cost. Quality is a baseline parameter defined as meeting customer’s requirements.

Before implementing each decision to change scope, cost and time, I evaluated the impact in order to make sure the project deliverables wouldn’t be broken. I should balance between the three constraints to ensure that the customer’s requirements were met.