Your Interview Candidates Have These Legal Rights

Every business or organization wishes to hire the best candidates that will transform the company operations and deliver results. Top-level talents are hard to come by, and tough interview questions are often the bread and butter of every interview process. Hiring managers are always keen to test their candidates’ limits to identify the diamonds in the roughs before shortlisting or picking a few to join the team.

While tough questions and procedures are always welcomed, specific legal regulations dictate what is right and what is illegal during an interview process. In other words, some federal and state laws protect job candidates from discrimination, false promises, and other malpractices. We’ve compiled a couple of factors, rules, and regulations that every employer should pay keen attention to throughout the hiring process.

There are specific laws that every employer must follow when conducting a job offer. These laws primarily outline the kind of questions hiring managers aren’t allowed to ask the job candidates. Often, these are questions based on a protected class such as race, religion, color, disability, weight, age, etc. Asking questions about these topics or using the answers from these questions to make hiring decisions can attract legal claims, and the candidate can file a complaint of discrimination.

That said, several laws protect employees and candidates against workplace discrimination, and it’s easy to get mixed up. We’ve highlighted some illegal interview questions as well as the popular laws that protect interview candidates below.

The law prohibits employers from asking questions about the candidates’ personal life, especially those based on a protected class. Hiring managers cannot legally ask candidates questions regarding the following topics:

While federal laws prohibit questions based on the above protected- classes and topics, state laws may slightly vary to what the employer may legally ask during an interview. For instance, several states prohibit employers from asking about past involvement in demonstrations or arrests that didn’t lead to a conviction. That said, state laws vary considerably, and what’s legal in other states could be illegal in your state.

Before an employer can legally allow a candidate to join other employees in the workplace, there are certain obligations to be met. For instance, obtaining the federal employment identification number from the IRS and registering each employee with the state’s employment department to establish unemployment compensation taxes and benefits. Below are the other duties every employer must consider to avoid legal claims and fines: 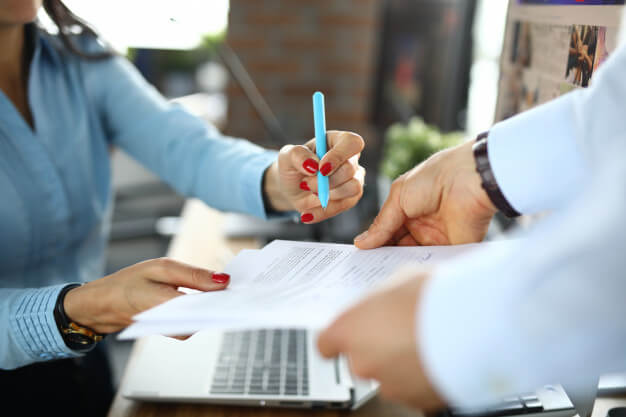 While some of the above duties may not be required by law, they are necessary to ensure compliance with the several employment laws enforced at federal, state, and local government levels.

Besides avoiding illegal interview questions and paying keen attention to the federal laws on employment discrimination, you also want to understand the basics of contract laws. For instance, it’s illegal for an employer to promise or assure a job candidate a position in the company and later fail to deliver on that promise.

Similarly, false statements which may mislead a job candidate, such as pay increase after certain months of working, or promises based on the commissions to be offered, health plan policies, etc., all fall under implied contract. Here, the employee can legally sue the employer for breach of implied contract. Employers should, therefore, avoid making promises during the hiring process that they aren’t going to keep as this could attract legal claims and penalties in the future.

The employment law landscape is broad and can be confusing, considering the several federal and state laws governing every aspect within and beyond the workplace. Job candidates are entitled to fair and equal treatment, and several laws protect them from discrimination and exploitation from potential employers.

As an employer or hiring manager, understanding all the above laws and regulations is necessary to ensure compliance. Before making some far-reaching decisions during an interview, it’s worth consulting a legal professional to know whether your choices are legal or illegal. Here, working with the best employment lawyers will save you time, business reputation and money, since you’ll avoid costly litigations, legal fees, and unnecessary fines.

Knowing all the above laws will help you avoid legal violations from the word go. However, you want to make sure your employment decisions translate to business success without necessarily breaking the law. This is where high-level legal interpretation comes in, and a team of competent employment lawyers can be of great help.