There are many ways to approach project management in the workplace, but most workflows fall into one of the two general categories: Waterfall and Agile. Though not mutually exclusive, these methods differ quite a bit as it pertains to how projects are managed.

It’s important to keep in mind that both these methods have a lot of things in common and share many benefits. However, each has its advantages and disadvantages which should be considered when deciding which method is best for your situation.

It’s also important to note that at any given time there will always exist people who use both the waterfall and agile approached combined for their projects, so more often than not an enterprise will find itself working on both types of project management methods simultaneously.

In this article, we will talk about the waterfall and agile project management methods, as well as delve into some of their benefits and disadvantages of both.

This traditional method of project management generally starts with a company or other client coming to a vendor and requesting some kind of product or service. The vendor then begins the planning stage — this includes everything from defining the goals and objectives, to identifying the type of end result desired.

Once those things have been determined, the design phase takes place. This is where all the major planning takes place, and where most of the time is spent in this waterfall process.

Once all of the design work has been completed on paper it goes into production, which is where all of it is actually created. During production there will inevitably be changes that need to be made, which could include new requirements being added entirely or changes to existing ones.

Finally, once everything is finished and the product or service is made available to the client, it goes through a testing phase. During this phase all of the code created is tested to see if it’s fit for use and if so, a final approval needs to be obtained for it. Once that happens, the product or service is authorized for delivery to the client.

This project methodology has many benefits, but perhaps the most prominent one is that it can be very efficient in terms of its time management.

Since essentially all of the project planning is done in one big chunk at the beginning and not in increments, there isn’t ever a need for “re-planning” since everything has already been done.

The other major benefit is that it can be very reliable as well because once it’s been created it needs very little to no updating.

However, this method of project management does have several disadvantages as well.

The biggest of these disadvantages is that in order to get the product or service out on time, it’s necessary for a lot of planning to occur beforehand. If part of the design plans are never changed from their original project plan, then there could be some issues once everything transitions from paper-based planning to reality.

Another disadvantage is that this method can take a really long time because in order for everything to be planned out ahead of time and scheduled for production, it’s necessary for quite a bit of time to happen between planning and production.

A small benefit to the waterfall model is that it’s possible to have large amounts of documentation and design documents which can be very useful in terms of communication. However, this can also be a disadvantage if there are too many of these documents.

In such a case, it’s often easier to simply lay everything out on one form where all the information is located and reviewed at once, rather than trying to keep track of a bunch of different pieces of paper pieces by themselves. 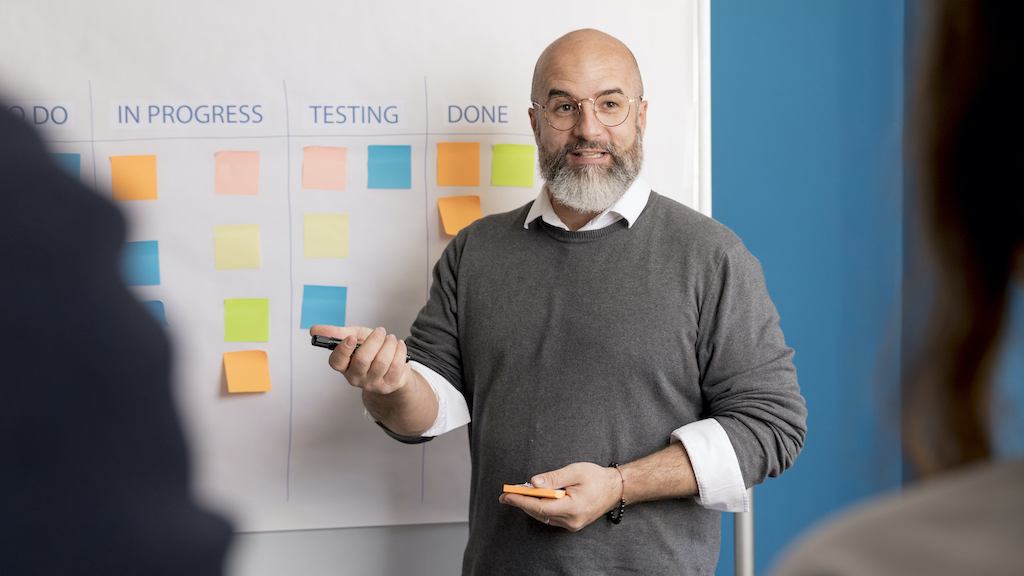 This modern method of project management essentially reverses a lot of the concepts that apply to the waterfall method. While taking everything into consideration, it’s still a little difficult to explain what exactly the agile model is. The easiest way to explain it is by comparing it to the waterfall method by saying that it’s essentially like doing everything backwards except with a lot more planning done at every stage.

One major difference in this method of project management is that the planning process is actually something that’s done early on. This means that all of the designs are created way before they ever get going in production.

Once the designs and plans have been defined, it’s time to create them into a prototype which can then be used as a basis for testing out and trying out new ideas. Since all of these things are prototypes, they’re usually created with things that can be easily changed and customized.

Once the prototypes have been created, it’s time to create the final designs. This can sometimes be done while they’re still in development as well, but it’s generally better to wait until they’re finished to make them into a product ready for delivery.

Within this process, there are some more key differences as well. For instance, software code is never installed into the final product until after all of the design work has been completed and all of the required testing has been done and is completely approved by the client.

One of the most prominent advantages to this process is that it can provide better overall results because it allows for more changes and innovation to occur throughout the project. Since everything is created in short phases, there’s no immense gap between when things were initially planned and when they were produced.

Another major benefit is that it helps to create more quality products and services because there aren’t any real issues with having too much time passing between planning and production stages.

However, this way of project management does have some serious downfalls as well. The biggest disadvantage is that it can be very difficult to see everything in one bird’s eye view of the project, and because that’s the case it can make it much harder to properly predict how much time and effort will realistically be required to complete the final product or service.

Another disadvantage to this method is that it can often cause budgets to be blown because of how it only considers the current phase. Since so many things are being created in phases, it can be very difficult to predict the costs and needs of everything on the immediate horizon.

A third disadvantage is that there are often many more changes that need to be made once everything has been created which means that there needs to be a lot more communication between everyone involved in order for these changes to take place.

Instead of just taking all of the information that’s available and planning all of it out ahead of time,  Agile and Waterfall combined then takes what was already known about the client’s needs and creates a schedule based on that.

However, it’s not just about creating a schedule for this project as it’s also about making sure that everything is being completely scheduled properly as well. This can be tricky because it very much relies on each individual person knowing exactly what they’re doing.

The way that the agile and waterfall projects are often used in combination is by utilizing the waterfall process at the beginning of a project while using the agile processes when the need arises. This can make sure that the project is being done properly and will always be completed in the best way possible.

Overall, the two most commonly used project management processes today are the waterfall and agile methods. Both of these processes present their own advantages over one another, but neither method is superior to the other in any way.

The good thing about these two methods of project management is that they don’t have to be used together in order for both to work; therefore making it possible for both of these styles to be used for any particular type of project.

We are a small group of professionals specializing in project management. We wish you success in your career, business, studies, or whatever else you think is worth your time and effort—we are pleased to know that our advice is helpful.