What will be the role of people in fully machine-integrated factories?

As the manufacturing industry continues to embrace automation, fully machine-integrated factories are becoming more prevalent. Automation unquestionably enables manufacturing companies to increase productivity and efficiency, but many are concerned that robot-led factories will dramatically reduce the requirement for human workers. While job losses are generally an unfounded worry, it is true that the roles of people in automated factories are changing. Let’s take a closer look.

How is the manufacturing industry becoming automated?

Manufacturing processes are becoming more automated all the time thanks to technologies like CNC machining. CNC machines are pre-programmed with computer instructions. They use the subtractive method to form parts by cutting materials like metals and plastics to develop a precise shape.

At present, CNC machining is one of the most transformative technologies in the manufacturing industry. Because it is digitized, CNC machining can perform more efficiently than traditional additive or formative manufacturing processes. From creating prototypes to custom parts, CNC machinery is paving the way for fully machine-integrated factories. If you are interested in buying or selling CNC machines, Revelation Machinery can assist you with your sale or purchase of CNC machinery like lathes, mills, and press brakes. 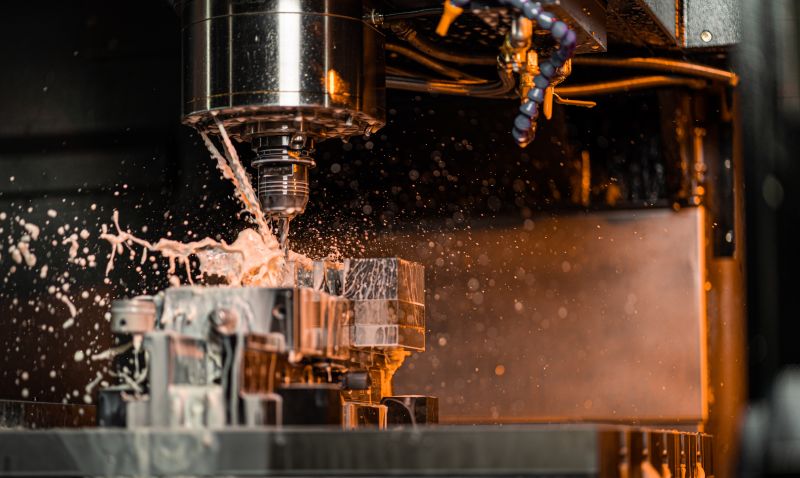 CNC machinery can perform almost all steps of the production process by itself, which means the need for additional tools and manual labor is becoming eliminated. Although the automation process is making manufacturing more efficient and accurate, it has naturally led many to be concerned that human jobs will be lost. However, experts agree that instead of seeing mass unemployment, fully machine-integrated factories will mean employees are reassigned to new roles.

As workforces create new and more exciting positions, the mix of work for employees is becoming less judgment-intensive and repetitive. Indeed, in 2018, manufacturing jobs grew at the fastest pace since 1995. So, automation in the manufacturing industry is not eliminating jobs.

But it does mean workers are having to retrain and retool for other roles, and that is not a bad thing. According to McKinsey Global Institute, by 2030, around 9% of employees will work in positions that do not exist today. Workers will be doing less predictable physical work and data processing.

Let’s take a look at the Utah-based company Wing Enterprises Inc. In 2011, the firm saw demand for its products skyrocket due to some effective infomercials. The demand strained the company’s production capacity, so it purchased welding robots to handle the number of purchases coming in.

At the time, there were major concerns that the welding robots would cause job losses. But the fears were unfounded. In fact, Wing Enterprises expanded its workforce from 20 employees to 400, proving that automation can create jobs; and lots of them. The new employees did not need traditional manual skills. Instead, they were responsible for managing the robots on the production line.

How Job Roles Are Changing in the Manufacturing Industry

At the end of the day, fully machine-integrated factories generally see an increase in productivity and new product lines, which means new job roles are created. Automation is currently able to handle around 45% of repetitive work, which means workers are retrained for more high-value tasks like problem-solving and the development of new ideas.

That means manufacturing job positions are becoming more interesting and less repetitive, empowering employees and generating more engaging and challenging work experiences. So, while manufacturing automation is undoubtedly causing a change in job roles, it is not causing the elimination of workers

We are a small group of professionals specializing in project management. We wish you success in your career, business, studies, or whatever else you think is worth your time and effort—we are pleased to know that our advice is helpful.