How to Ensure a Project Manager’s Accountability 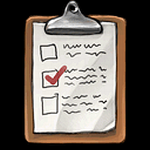 There are three steps the sponsor needs to consider to ensure that the project manager is accountable for results. Those steps are as follows:

Often, there is uncertainty in project expectations, which makes project managers come into conflicts with priorities. Lack of well-written and clearly stated documents on tasks and accountabilities is the major issue which causes situations when the manager together with the team fails to make right decisions and loses focus on the project.

By setting clear and unambiguous project expectations the executive sponsor helps the project manager understand his/her accountability for the project and follow the tasks right away from start. Such document as Project Charter (including Team Organizational Chart and individual to-do lists) should be defined at the Initiation phase. Individual to-do lists should be corrected and updated each new stage.

Tracking means following the progress of work to determine whether milestones (especially critical path milestones) are reached and what issues arise when a milestone is failed. It is a continuous process that lets an executive sponsor know how the project is being done at any given point in the implementation lifecycle and what items to adjust.

When a critical path milestone is too far out, the sponsor can hold one or several meetings with the project manager (and the team) to discuss which tasks along the path to the milestone are likely to fail or run into a roadblock. Such discussions help prevent conflicts in task management within the project and let the manager focus the team on right direction towards the critical path milestone.

When a critical path milestone is too close to current date and so there is no time remaining for the sponsor to discuss workarounds with the team at meetings, the sponsor needs to make quick and efficient decisions regarding task timing.

It means the sponsor must collaborate with the project manager to review the level of quality/result of each task completed earlier, assess costs, and review team feedback for last periods. The project manager will take accountability for current performance when estimating time needed to completed current tasks in terms of past performance.

Success should be measured, and performance is a great measure which tells whether team members focus on right tasks and goals with the project. The sponsor must ensure that the project manager’s career and individual values are associated with the performance objectives of the project.

There are two approaches to focus the manager on the performance objectives. The first one, the executive sponsor publishes performance metrics on a frequent basis (e.g. weekly) in order to communicate the results to everyone involved in the project. Positive and constructive review along with rewards, recognition and performance discussions will inspire the team, provide promotion opportunities, and ensure the project manager’s accountability.

The second approach is, the sponsor needs to make sure that the priority of the project is clearly understood in relation to the business goals, other projects and daily responsibilities. There should be no 2nd priority project but the work to be done under a certain schedule and according to predefined goals.