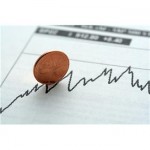 If you are a project manager wishing to be effective and bring your project to successful completion, then you must be at an authority level within your organization at least one higher than your team. Certainly you’re a project manager so this means you are already at a higher level. But I don’t mean your managerial status as compared to your team. I don’t say about the relationship “manager-team” which entails direction and subordination.

What I mean is that the overall success of your project (incl. your own effort and your team’s activities) significantly depends on decisions and guidance of the project’s senior management, or a group of people having higher authority to govern, control and coordinate your project. I’m talking about project sponsorship which presents the role and duties of project sponsor.

Unfortunately, not all project managers today understand the definition and importance of the sponsor role. Complex projects often include a wide range of management roles, so it becomes confusing for those managers to determine what duties and responsibilities a project sponsor is supposed to perform and how the role contributes to or effects project results. Furthermore, the overall necessity of project sponsorship may be neglected.

Sponsoring a project means supporting this project by providing necessary money, technology, information or other resources that are of value to the project and its success.  The sponsor uses the Business Case as the primary document to determine whether the project is worth of initiation and further development.

Regardless of the definition of sponsorship, the term has come into widespread use in the context of internal projects which are projects owned by and performed within a single organization.  It means that the sponsor along with the project manager, the customer, the team and other stakeholders are co-workers and employed by one and the same organization.

When a project is performed and controlled by people from various organizations then this project is managed under a contractual arrangement, for example in construction projects. The term project sponsorship is less widely used in such projects because the parties involved regular

If you’ve ever read the literature on project management, you probably know that meaning of project sponsorship often covers the process of matching the best candidate to the sponsorship requirements and then ensuring that this candidate takes right actions to move the project towards the right direction.

Below I suggest a five-step process for establishing the sponsorship relationships. The process lets decide what and how to sponsor a project.

Although project sponsorship appears to be of high significant to internal projects of an organization, there are several pitfalls that often make the role of sponsor inefficient or uncertain. Below I present three major pitfalls.

It is vital for the effectiveness of the role that the project team, senior management and stakeholders clearly understand what duties and responsibilities the sponsor is expected to carry out. Project staff is supposed to formally recognize the need for sponsorship and have visibility within the organization. Problems may arise when there is no formal document specifying definition of the project sponsor role. Also it is important that the sponsor role does not capture or intersect the role of the project manager because otherwise the sponsor will do the manager’s duties and this will entrain project misleading.

As it has been said above, project sponsorship is mostly applicable to internal projects within one organization. The role of the project sponsor is assigned to individuals who may not frequently act in this role and thereby may not understand what’s required of them. Without the necessary training, advice and guideline they may not have a proper understanding of the project management process. That’s why it is strongly required to support the candidates by providing training and guidance in the field of project management.

This pitfall is that for many projects it is normal that the sponsor role is assigned from one to another person throughout the project implementation cycle. Employee rotations in the role may cause loss of focus and constitute a threat to project success. New candidates to the role may not understand the duties and responsibilities and may not have the same vision of the project as the previous sponsor. That’s why potential difficulties in changeover should be considered and addressed before the project starts.