You’ve had to collaborate with others at least once in your life, be it a group project at college or organizing a party for you and your friends. Have you noticed that sometimes, collaboration goes just swimmingly, while other times, it’s a waking nightmare?

Have you ever wondered why it’s so? No, the difficulty of the task at hand has nothing to do with the outcome. In reality, whether you as a group succeed or fail depends on how well each of you can work together.

In other words, if everyone’s a great team player, then there’s nothing this group of people can’t achieve. If not, even the simplest project can and will go sideways.

But what does it mean to be an excellent collaborator? Let’s take a closer look at the nine traits that define one – and why becoming one should matter to you.

Why Should You Care About Being a Great Team Player?

Even the most introverted of introverts can’t avoid teamwork at some point in their lives. Collaborating with others is an inherent part of life. Think about it this way:

Your success in life – be it professional or personal – will be defined by your collaboration skills. So, if you can’t say you match the description of a great team player after reading this article, you need to work on becoming one.

“But what if I have no spare time?” Make it; there’s nothing impossible about it. You can always free up your time by offloading your homework to a write my paper service, for example. If you set a goal for yourself and are determined to reach it, you’ll find a way.

So, what separates great collaborators from mediocre ones? Let’s break down nine answers to this question.

1. Their Emotional Intelligence Is Top-Notch

Why does it matter? A person with a high EQ can help any crew avoid conflicts, improve interpersonal communication, and verbalize their own needs and boundaries. They also know how to harness the power of their current mood to be more productive.

2. They Know the Key to Clear Communication

Miscommunication is arguably the number one reason why group projects fail to achieve their goals. You probably know of half a dozen real-life examples yourself!

Great team players know how to avoid it. They start with themselves, of course. They find the right words to describe their ideas and give feedback, all while leaving no room for misinterpretation.

But they also work to improve communication within the group. They listen to others carefully. They ask questions when something isn’t clear. And they know how to avoid or mitigate a conflict before it blows up.

3. They’re Honest With Everyone (Including Themselves)

A good collaborator puts transparency above everything else. If they’re dissatisfied or frustrated, they’ll say so – respectfully, of course. If they’re uncertain they can finish their task on time, they’ll warn their teammates.

Being honest with yourself, in its turn, means knowing your strengths and weaknesses. For example, they can admit to themselves – and others – that someone else would be a better fit for this task than them.

4. They Make Commitments & Deliver on Their Promises

A great team player doesn’t just sit there waiting for someone to assign them a task. They take the initiative and strive to take up the tasks that fit their abilities the best. And once their scope of work is defined, they commit to delivering the best results possible.

But it’s not just the quality of their work that they deem important. Doing what they promised when they promised to do it is no less crucial for them. In other words, they don’t miss their deadlines – or, at least, they warn others if they might due to an emergency.

5. They’re There for Their Teammates

An excellent team player knows: everyone has to succeed in their own way for the group to achieve the common goal. That’s why they don’t consider their job done when they finish their tasks. They go the extra mile and offer their help and guidance to their teammates if needed.

What’s more, they also know how to encourage others to be their best selves. They’re great at motivating people, and they help uphold the team spirit and positive environment at all times.

6. They Know How to Resolve a Conflict Peacefully

Conflicts happen even in the most tight-knit groups. You can’t avoid them forever. Great collaborators know this – and they know how to act when they spot the first signs of a conflict boiling up under the surface.

They also excel at mediating such situations. They know which questions to ask, how to remain unbiased, and help others communicate effectively. They’re good listeners and can be patient when needed.

Excellent collaborators aren’t the kind of people who want to scream “me-me-me” or seek attention and praise for their accomplishments. Neither are they going to take all the credit and say, “The project succeeded all thanks to me, and me alone.”

Instead, they recognize that reaching a common goal is a group effort. They praise their mates and the team itself, not themselves. And they give credit to others where credit is due.

8. They Know What It Takes to Reach a Consensus

For any group of people to succeed at something together, everyone has to agree with the common goals, vision, action plan, and task distribution. If only one person gives directions and decides on everything, that’s not really collaboration – that’s a dictatorship.

A great collaborator knows: the group has to reach a consensus and remain on the same page throughout the whole journey. So, they’re willing to compromise for the sake of the common goal. They also check in with everyone to make sure that they agree.

9. They Admit When They’re Wrong

Mistakes are a part of human nature; they’re inevitable. Excellent team players understand this, and they don’t try to cover up their errors or maintain the reputation of someone completely infallible. Instead, they say out loud that they’ve made a mistake or they were wrong.

This mindset – “making a mistake isn’t the end of the world” – also means they don’t scold others for their mix-ups. Instead, they reassure the person who made one and suggest ways to avoid such scenarios in the future. 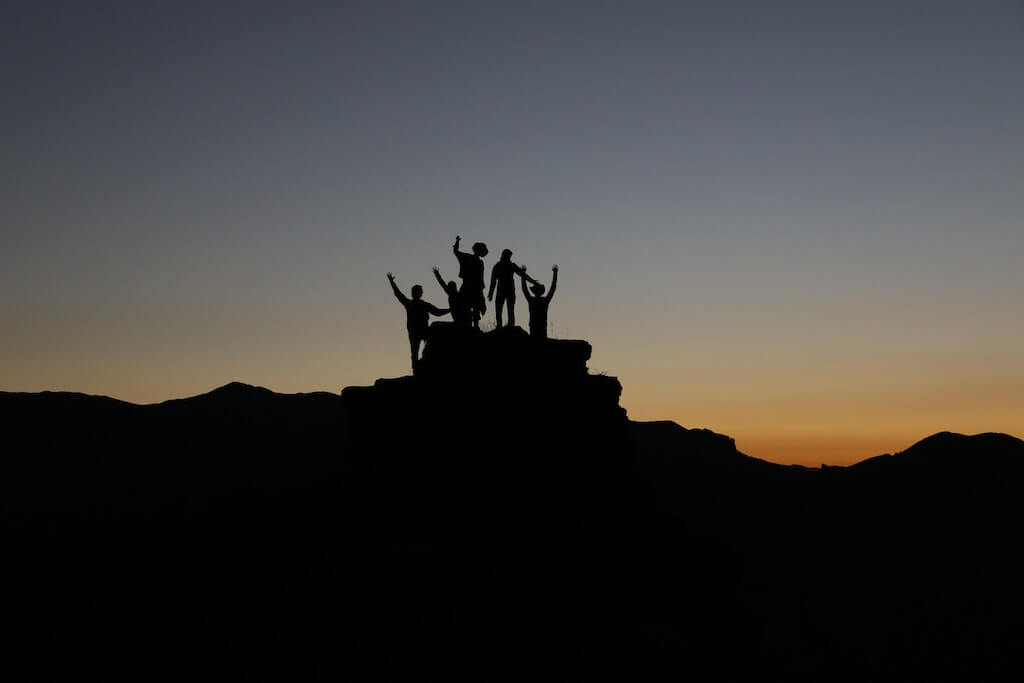 In Conclusion: Teamwork Is a Skill, Not an Innate Talent

If you think you’re not a natural-born team player, stop right there. There’s no such thing. Great collaborators aren’t born; they’re made. That means that enough practice can make you into one, even if you don’t believe so yet.

“How do I do that?” Learning by doing is the only way. That means you need to seek more opportunities to work in a group setting. Here are just some ideas:

Jack is a project manager in the field of finance. He is responsible for controlling the various phases of a project from start to finish and coordinating the team's efforts. Jack was born in Ukraine and is currently working for a Polish company.