Top-8 plugins for Notepad++ for indie developers and project teams

Many indie developers and project teams around the globe love Notepad++ and everything it stands for. Developed by Don Ho in September 2003, Notepad++ has been hosted on a plethora of sites, including GitHub, TuxFamily, among numerous others. Since its release, it has been downloaded well over 30 million times.

This robust, feature-packed text and source code editor provides teams and indie developers with everything the Windows notepad lacks. It is capable of searching for regular expressions, supports folding and syntax highlighting, offers synchronized edits and views, and more.

However, the most attractive thing about Notepad++ downloaded from the Rocketfiles.com is the long list of preloaded plugins it comes with, as well as many others that can be downloaded from various sources. This article provides a list of the top plugins for Notepad++ to help indie developers and software teams code their projects.

Here are but a few of the things you can expect from the NotepadSharp plugin for software project management.

FunctionList is a great plugin for those commonly writing code requiring many functions or methods that need continuous checking. This plugin also allows you to view the functions you have already finished.

FunctionList lives up to its name by providing you with any and every detail about the functions you are creating or have already finished.

Though some consider this plugin outdated since newer plugins now offer a few of the functions provided by TestFX, such as Tidy2, XBrackets Lite, NppConverter, and Code alignment. However, many programmers and developers are diehard loyalists when it comes to TextFX, so there must be something pretty solid about it that the new kids on the block don’t offer.

TextFX helps you save a lot of time and energy by auto-closing tags in HTML and XML. The TextFX plugin makes web development a whole lot easier.

XBrackets Lite might be one of the coolest Notepad++ plugins on this list. It auto-completes an open bracket with its corresponding mate. This is significant because a majority of bracket characters have to be accessed as special characters on traditional QWERTY keyboards. Plus, XBrackets Lite colors each bracket differently for easy use.

Never miss a spelling error in your source code again with this nice Notepad++ plugin. Unlike some other plugins offering spell checking, the Spell Checker plugin for Notepad++ does a pretty good job of pinpointing sneaky little spelling errors.

As the name suggests, MultiClipboard is designed for copying code from within the source or from other source files. But it doesn’t merely store copied text; it stores up to 10 individual code strings in the clipboard and can be accessed or pasted using a series of corresponding hotkeys. No more fumbling around scanning numerous open text files trying to locate the text or code you need—a real time saver.

This Notepad++ JavaScript (JSON) tool was formally known as JSMinNpp. It also works with Visual Studio Code, so it offers uses on more than one platform. Some of the neat little features it brings to Notepad++ include:

In order to check what architecture your version of Notepad++ features, go to the menu, About NotePad++, or just press F1.

Once you have that all squared away, unzip the plugin manager file. You might have to download WinRAR at rocketfiles.com​ if you don’t have a program that can unzip the file. Once it’s unzipped, all you have to do is copy and paste the file into the Notepad++ install directory.

Now restart Notepad++ and find the plugin manager under Plugins->Plugin Manager in the menu. Simple as that.

Agile project management methodologies have been embraced by various software teams and indie developers for several reasons. Agile was mainly developed to improve and streamline the entire software development processes in efforts to adjust and identify defects and other issues that can arise in the development process rapidly. 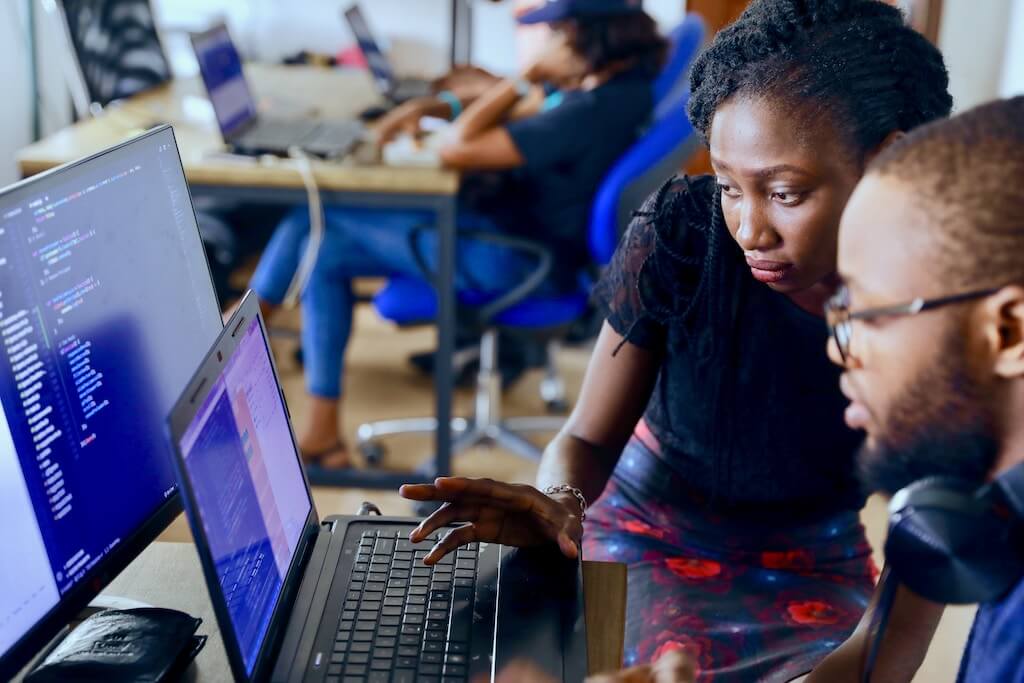 Photo by NESA by Makers on Unsplash

Teams and different developers are provided better ways to come up with only better products and on-time possible through iterative, short, and also such interactive sessions. Agile project management is a perfect way to go with teams looking to learn how different projects are operated and fully managed.

Some of the agile methodology principles that guide different practices that are in place to support teams get the most out of agile software development with Notepad++ include:

Welcome change. This is a requirement to teams event during late times in development. Agile management processes ensure there is control over the client’s competitive advantage. Embracing change means that the client’s needs are put closest to be solved.

Frequent delivery. Working software should be delivered frequently with the shortest possible time scale preference. As soonest possible, you deliver particular incremental software, the faster you are assured of receiving feedback and identify whenever there is a problem or miscommunication with customers.

Don Ho was the developer of Notepad++ back in 2003. He first used the JEXT text editor to go through required development processes, but due to its poor performance, he changed everything to develop a text editor that was written in the C++ language. This text editor was developed as a Windows application for Microsoft. Don Ho rejected the idea of using wxWidgets and considered getting it through the UNIX platforms and Mac OS X. The text editor was released on Nov 2003 on SourceForge.