IoT is Bringing Smart Changes to Sports: Here’s What You Need to Know

The Internet of Things (IoT), once a far-flung concept the tech community held closely to its vest, is no longer a secret.

And sports, believe it or not, is one area where IoT is gaining significant traction.

To understand why, consider these use cases where IoT is transforming the way athletes train and overcome injury, teams develop strategy, and fans experience competitions.

Digging Up the Data

Sports teams and individual athletes are taking the initiative to collect vast amounts of data.

But getting all this data requires some heavy lifting, which is exactly where IoT excels. IoT endpoints like video cameras, wearable technology, and digital sensors act as buckets, dutifully filling with data from an array of inputs.

The raw information is processed by specialty analytics software, resulting in actionable insights about player performance.

Look no further than the weight room, a traditional enclave of athletes-in-training, to find IoT at work. Here, athletes wear clothing with integrated sensors while exercising. Vital statistics such as heart rate and breathing rate are measured throughout the workout.

These sensors identify points where exercise is most efficient without becoming dangerously strenuous.

Injuries have always been part and parcel of sports.

However, IoT is changing the way athletes approach safe training and competition. Informed injury prevention is a big part of this equation.

Connected technology provides injury data that is tracked from the start of an athlete’s career. Once analyzed, this information becomes precedent for shaping training programs and identifying performance limitations.

When an athlete does sustain an injury, IoT plays a role in the rehab process. Personalized data about the type and severity of the injury helps medical personnel develop optimized recovery plans. The payoff is athletes return to playing condition faster than ever with reduced risks of re-injury.

Even horse racecourses, which are typically among the oldest continuously used venues in sports, are getting in on the action.

In Australia, Melbourne’s Caulfield Racecourse uses IoT to give fans the ultimate optics experience. The home of the Caulfield Cup, a favorite race of odds followers and punters Down Under, installed a massive 319.5 m2 Mitsubishi display screen. 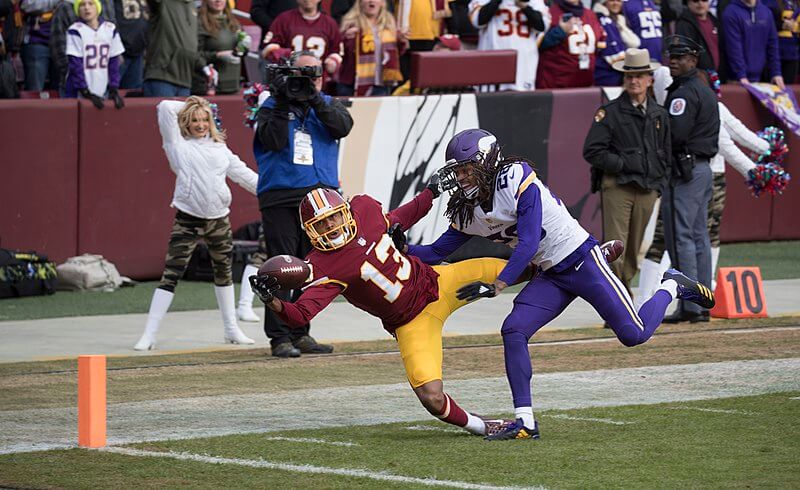 IoT shines in likely its most expected sports application – helping teams and athletes win in competition.

One of the more interesting settings is in the NFL where teams wield data curated by IoT as a butcher knife.

Each pre-season, NFL teams enter training camp with 90 players vying for 53 final roster spots. What was once a series of two field-winnowing cuts during training camp – from 90 players to 75, then 75 to 53 – was streamlined to a single exodus prior to the 2017 season.

To identify training camp contributions, a few teams have begun placing RFID chips inside players’ shoulder pads. Each play, or lack thereof, a player makes is available for tracking and evaluation. Players who quantifiably fail to stack up are sent packing.

Playing Ahead of the Competition

Coaches aren’t relying on IoT merely to manage their own players.

Major League Baseball, for instance, has seen a sharp uptick in the amount of informed pitcher-hitter matchups. Club managers will substitute a hitter when data indicates the scheduled batter is particularly weak against a given pitcher, or if a player off the bench is a better selection for the situation.

Similarly, relief pitchers are called in with the specific duty of recording an immediate out against a single hitter. Once the assignment is done, a new pitcher is likely to enter the game to take on subsequent hitters.

Significant course-altering decisions made in-game like this were rare and reactionary in the past, relying heavily on the gut instincts of coaches.

With 75 billion connected devices worldwide expected by 2020, IoT is surging. While the sports world offers some exciting current use cases, we’re only beginning to see what this transformative technology can do for both athletes and fans.